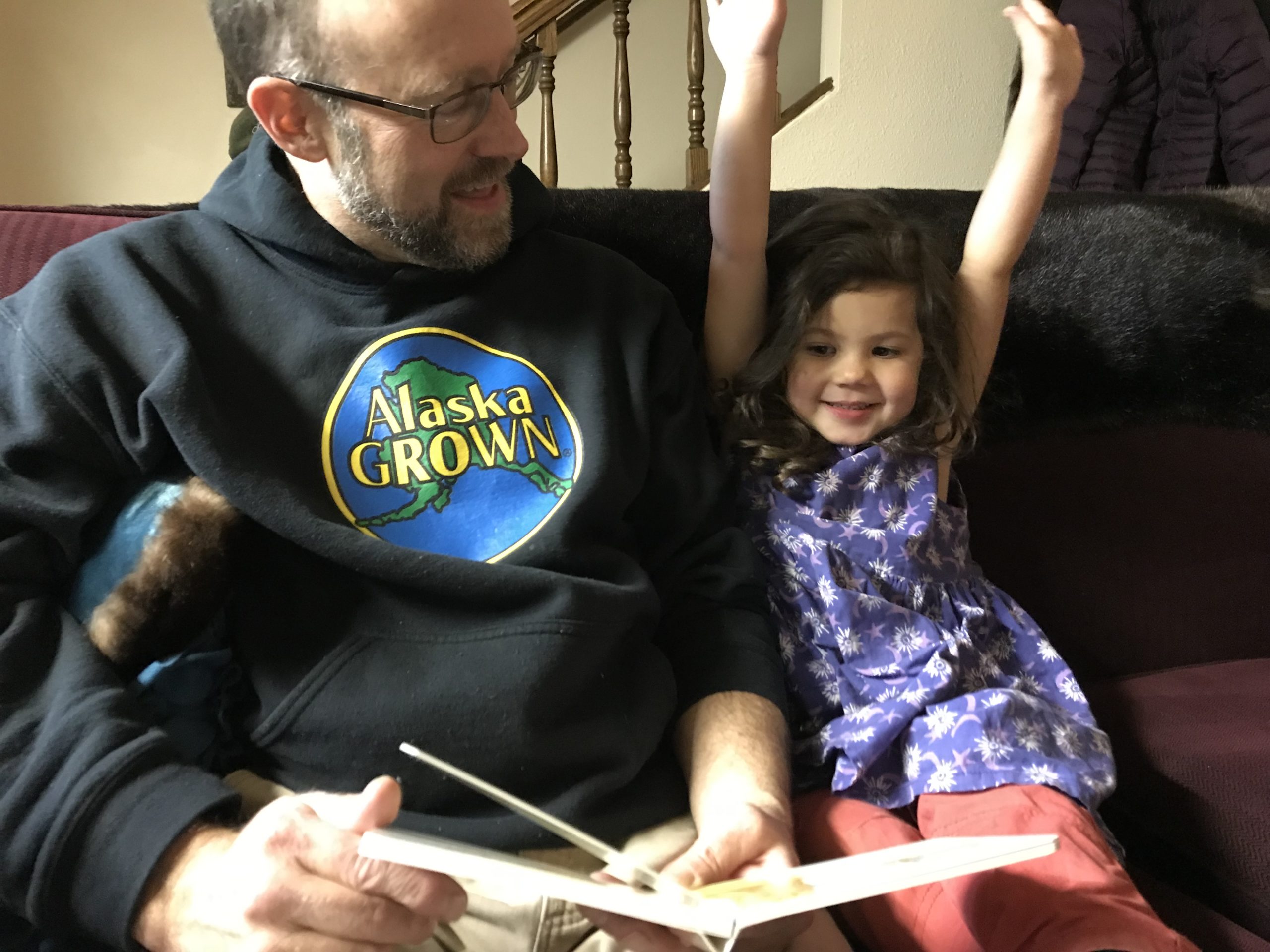 Research shows that from birth, infants are gaining pre-literacy skills through how they communicate with caring people. During the early months and years of life, the way people interact with the child creates the foundation for learning how to understand language, read easily, write and spell. These skills develop through hearing words repeatedly, understanding what familiar words represent, and then using these words to convey meaning to others.

To fully participate in daily activities, children need to communicate effectively through speaking, the written word, creative expression, and other means. They also need to listen well, which includes comprehending and interpreting symbols (written letters and number, signs).

Children acquire language in the context of specific activities. In acquiring a language, whether it is Iñupiaq, Yup’ik, Athabascan, Tlingit, Haida, Tsimshian, Unanagan, Spanish, English, Tagalog, or American Sign Language, children learn best through everyday activities at home, preschool, on the playground, at a cultural event, or at the store.

In Alaska, our residents speak more than 20 Native languages and more than 80 other world languages. There is also a great wealth of ways used to make and share meaning with others, including storytelling, dance, song, drama, carving, painting and weaving. It is essential that children in Alaska be taught literacy in a way that honors their diverse heritage, language and culture. It is important to develop heritage and cultural awareness as part of language development. For example, a parent could talk to an infant or toddler about the story behind a traditional dance or song.

Children benefit cognitively and socially from learning more than one language.

Approximately 14% of children in Alaska live in households where the primary spoken language is not English (2018 Alaska Kids Count). Parents need to be encouraged to teach their children their home language.   In the movement to revitalize and preserve Alaska Native languages, young children are again learning their Native language as their first language or as one of two first languages. Children who become dual language learners are exposed to their second language for the first time at different ages, from birth to preschool age.

Educators from preschool to Universities are making progress in inclusion of Alaska native traditional knowledge and indigenous languages, and addressing the historical trauma experienced by Alaska Native people. Immersion and bilingual programs are growing throughout the state.

Early educators can create a supportive environment for learning home language while exposing child to English:

Babies:
0-9 months
Mobile babies:
9-18 months
Toddlers:
18-36 months
Preschool:
36-60+ months
For English language learners, building a strong foundation in the family’s home language first is essential, valued and must be celebrated. The goals here apply to the development of the child’s home language.
Toggle the Widgetbar